As the saying goes, it’s all Gucci. During the first half of 2018, Gucci nearly doubled their sales. In 2019, Forbes recognized Gucci as the 30th most valuable brand in the world, with a brand value of 18.6 billion dollars. The fashion house is especially popular among young shoppers. Shoppers under the age of 35 made up 55% of Gucci’s sales in 2018. However, the brand has a long and illustrious history. 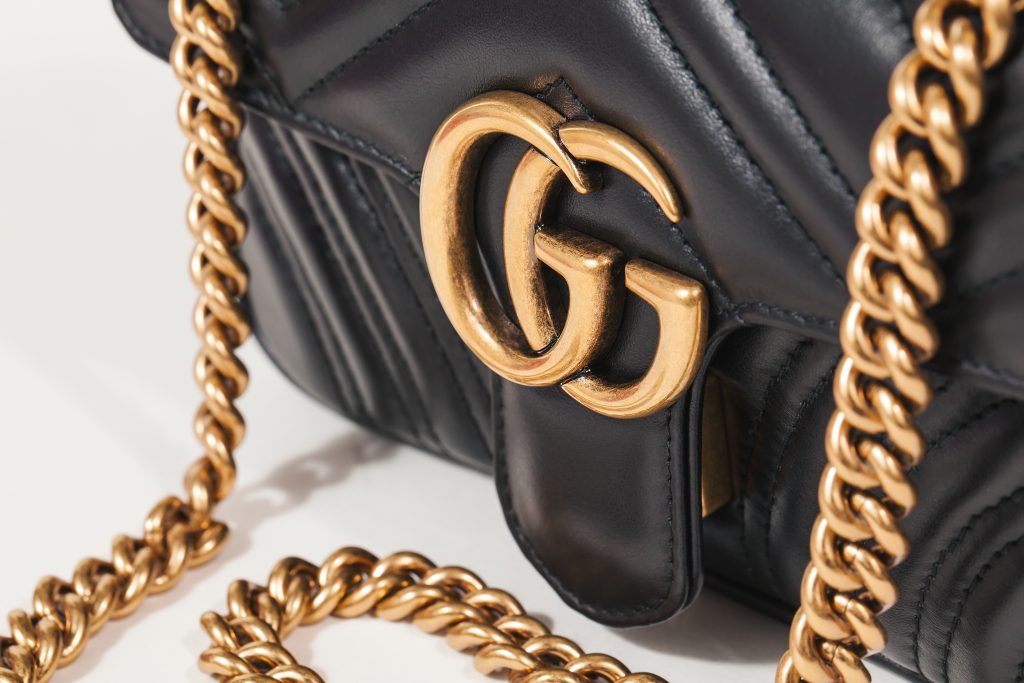 Founder, Guccio Gucci established the brand in 1921 in Florence, Italy. Like many other luxury brands, such as Louis Vuitton and Hermes, Gucci was founded as a luggage and equestrian equipment manufacturer.  Even today, leather goods continue to make up the majority of Gucci’s sales. Although the brand sells jewelry and watches, ready-to-wear fashion, avant-garde runway apparel, shoes, children’s clothes and knitwear, in addition to handbags, belts and wallets, leather goods comprise 57% of Gucci’s sales. Gucci’s legacy as a manufacturer for equestrian equipment is also apparent in the brand’s continued use of the horse bit icon. 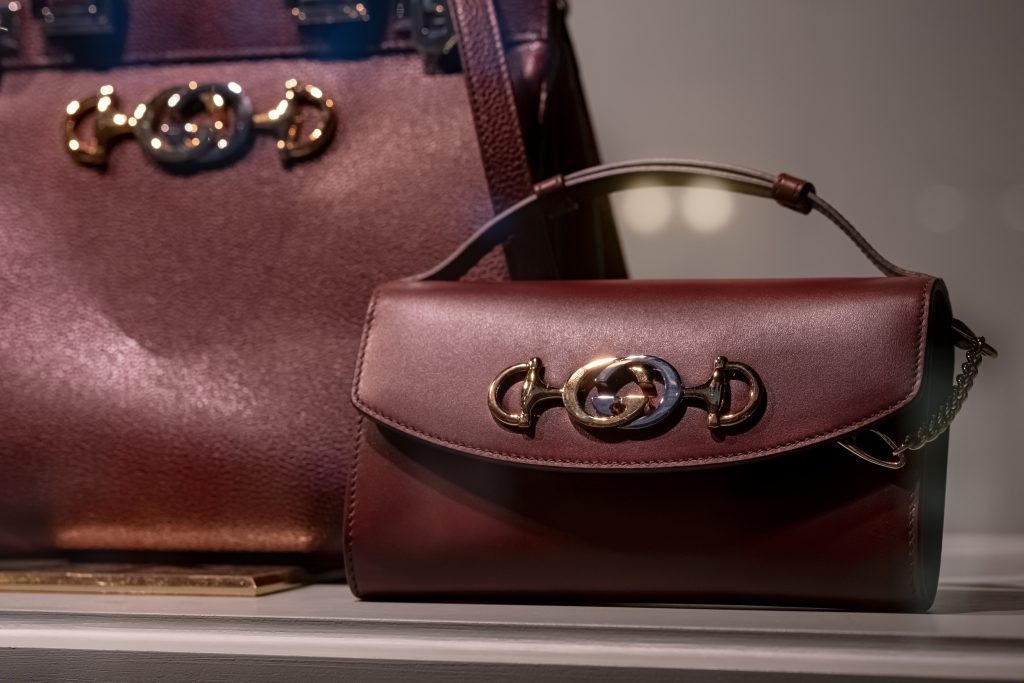 Popularity for the brand surged throughout the 1950s and 60s, as the brand became synonymous with Hollywood glamour. Style icons including Jackie Kennedy famously favored the house. Guccio Gucci’s three sons oversaw the brand during following the founder’s death in 1953. However, in the 1980s Guccio Gucci’s grandson, Maurizio Gucci inherited the family business. During this time, the brand lost much of its coveted appeal. In the following decade, Gucci faced a number of high profile controversies, from tax evasion to the assassination of Maurizio Gucci in 1995.

In 1994, Tom Ford was named Creative Director for Gucci. Between 1995 and 1996, sales skyrocketed with an increase of 90%. In 1999,  Pinault-Printemps-Redout, later renamed Kering, purchased 42% of Gucci Group, thereby gaining control of the brand. In 2003, the company acquired 67.7%. By 2004, the conglomerate owned 99.4% of Gucci. Ford left Gucci the same year and the brand experienced a decrease in sales. In 2015, Alessandro Michele became Gucci’s Creative Director.  During Michele’s time at Gucci’s helm, the brand has seen dramatic growth.

Leather goods which include handbags, wallets and belts account for nearly 60% of sales at Gucci. It is no wonder that their handbags are the crown of the kingdom. Throughout the brand’s luminous history, Gucci has offered countless bags in various colors, materials and silhouettes. However, certain handbags have dominated Gucci’s sartorial landscape. Here are the most popular Gucci styles of all time.

Gucci’s Queen Margaret provides the perfect marriage of new and old. This gorgeous work of art features a striking crystal and pearl-encrusted bee closure. As bees are said to represent wisdom and love. The bag features a structured design and a bamboo handle. Gucci has used bamboo in their products since the 1940s. When Gucci first began using bamboo, the house imported bamboo walking canes to make the bags’ handles. Starlets like Ingrid Bergeman and Elizabeth Taylor famously favored these bamboo handbags. In the summer of 2010, Gucci rereleased 140 iconic bamboo handbags, that used the original construction practices for the earliest Gucci bags.

The Jackie bag was originally designed in the 1950s and was originally christened the Fifties Constance. In 1961, the bag was renamed the Jackie, after Jackie Kennedy was spotted carrying the bag. Kennedy’s fondness for the bag served to further associate Gucci’s association with Glamour. This unstructured bag inspired the hobo bags that dominated fashion trends into the 1970s. In 2009, Gucci reintroduced the bag under the name The Bouvier, for Jackie Kennedy Onassis’s maiden name.

Everyone from influencers to celebrities is abuzz over the new Gucci GG Marmont bag.

Gucci’s GG Marmont offers easy elegance. The Marmont is available in countless colors, styles and materials, however the bold entwined double Gs remain consistent across Marmont designs. These handbags lifted its iconic buckle from a belt buckle that Gucci used throughout the 1970s. Shoppers can also purchase belts, shoes and wallets with the Marmont’s bold Gs.  The GG Marmont is available as a backpack, top handle and crossbody proving that this design is among Gucci’s most versatile handbags.

Gucci introduced the Dionysus in 2015, under the direction of Alessandro Michele. The bag has quickly become a covetable design. With its gorgeous chain handle and bold nature-inspired appliques, this bag was inspired by the myth of Dionysus, the Greek god of wine, fertility, vegetation, festivity, madness and immortality. Additionally, the bag combines Gucci’s history with its monogrammed canvas and horseshoe clasp and chain, evoking classic Gucci imagery, and more modern embellishments like the colorful appliques.

How to Get Money Fast for your Gucci Bags