Home
Jewelry Equity Loans
Who Will Design the Next Iconic Watch? You

The fact that a luxury Swiss watch house is reissuing one of its classic vintage timepieces isn’t a surprise. The fact that they let you design it is.

Luxury Swiss watch houses are famous for keeping their secrets closely guarded. Brands carefully screen employees and visitors, count watch parts daily and close their factory doors to the public. For many consumers, the secrecy enhances the appeal of the product and makes it even more exclusive. But one watch company is changing that by giving its customers a stake in their design.

Watchmaker TAG Heuer recently unveiled the first crowd-designed luxury Swiss watch competition. The company let fans vote on which model of its Autavia watch should serve as the inspiration for a 2017 reissue.

The Autavia watch is the crown jewel of the Heuer collection and its most iconic watch. Autavia began as a stopwatch for car racing and became a wristwatch in 1962.

Over the next fifty years, Heuer produced countless variations of the Autavia watch. In 2017, fans stepped in and got to pick which vintage model the 2017 reissue would be based on.

Over the course of five weeks, watch lovers participated in the online Autavia Cup and voted on their favorite designs. The competition started with 16 watches and, after the first round of voting, narrowed down to 8 and then four in the Finals.

From the voting patterns, it’s easy to see that watch fans preferred the “panda face,” or a white face with black sub-dials, and older models. Three of the final four designs had the “panda face.”

But only one could prevail — fans picked the Autavia ref. 2446 Mark 3 “Jochen Rindt,” first produced in 1966, as the winner. With its narrow 12-hour bezel and three sub-dials, the watch is designed both for looks and utility.

TAG Heuer will reveal its 2017 Autavia reissue at the Baselworld Watch and Jewelry show in Switzerland on March 23. Baselworld is one of the biggest events in the fine watch industry, and Diamond Banc will be following it closely. Check back in late March to see the finished product and learn about other innovations at Baselworld 2017.

Will crowd designed watches be the next trend for luxury watchmakers? When the competition is strong, we can’t say we would mind.

Interested in selling your luxury Swiss watch or using it for an asset-based loan? Start the process online by filling out one of our simple SELL or LOAN forms on our website. Or stop by one of our five locations today:

Diamond Banc is located in: 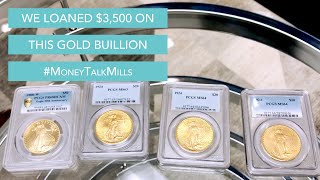 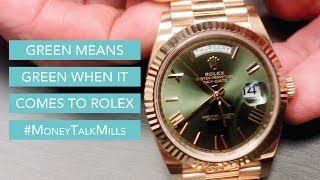 Green Means Green When It Comes to Rolex
109 views