There are two ways to invest in gold and precious metals: stocks in mining companies and taking physical possession of the metal, in the form of gold or silver coins and bars. With the constantly-changing market, precious metals are one of the most reliable investments available.

Diamond Banc founder and president Mills Menser has tips for investing in gold and what a first-time investor should expect.

Should I invest in gold?

People choose to invest in gold for its security, increasing value, high demand and resistance against inflation.

In 1971, the US dollar went off of the gold standard. Most currencies used to be backed by gold, which meant a country could not print more money than its corresponding wealth in gold. Now that the dollar is not linked to gold, governments can print more money whenever necessary, which can lead to high inflation.

In the long term, Mills says, the dollar’s purchasing power is on a downward trend. “Over time, it costs more dollars to buy, for example, one ounce of gold,” he says. “So over time, the value of gold is going up.”

Gold also has the benefit of high demand and an inherent worth. Gold maintains its value and can be a good way to pass wealth along through generations. Today, most of our money is tied up in intangible things, like the stock market and retirement funds. When the stock market is weak, the value of secure assets, including gold, goes up. Even if the stock market crashed, gold assets would still be valuable and in high demand.

“Gold is basically international currency,” Mills says. “You could sell it in any country, at any time, anywhere in the world.”

The American Goldeagle, the official US bullion coin.

How does Diamond Banc use the value of gold in its business?

The price of gold, called the spot price, changes every day. On February 23, 2017, one ounce of gold was valued at $1,250. The spot price tracks trends in the gold market. For example, in February 2017, the price of gold went up. To track gold and silver prices, Mills recommends websites like Kitco, the CNBC commodities tracker and NASDAQ.

Customers interested in selling their gold or using it as collateral might want to check the daily spot price to maximize their return, Mills says.

Does turmoil, like mine strikes, conflicts and politics, affect the price of gold?

Outside factors, and any insecurity they may pose, determine the value of all investments. However, gold is one of the most reliable investments that retains value during uncertain times.

Strikes: The value of gold is susceptible to striking because there is only a limited amount of gold in the world. When mining strikes stop production, the supply of gold decreases and the price goes up.

Politics: When people sense that the stock market will go down, they turn to gold for a more stable investment, Mills says. In the 2016 U.S. presidential election, the value of gold went up because people expected Hillary Clinton would be elected president and implement more regulations. After Donald Trump was elected instead, the stock market soared and gold’s value decreased because now people expect less regulation.

Conflict: In any kind of large-scale war or conflict, the price of gold and oil generally go up. Since gold and oil are inherently valuable, they act as a safeguard during unstable economic periods. “In times of uncertainty, people turn to the metal,” Mills says.

What are some advantages of borrowing against your gold?

Have you already invested in gold bullion? If you’re interested in using it to back an asset-based loan, we have some good news for you: Diamond Banc gives a lower interest rate on gold-backed loans than any other type of loan. Interest rates on gold are lower than those on precious gems, vintage watches and fine jewelry because gold is always in high demand.
At Diamond Banc, you don’t need to pass a credit or background check to receive up to $500,000 in as little as 24 hours.

Interested in selling your gold or using it for an asset-based loan? Start the process online by filling out one of our simple SELL or LOAN forms on our website. Or stop by one of our five locations today: 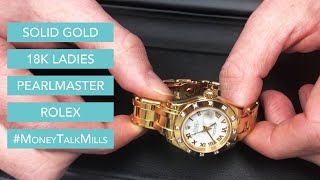 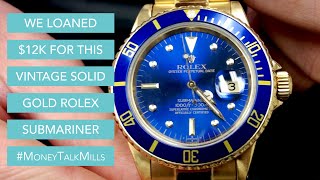 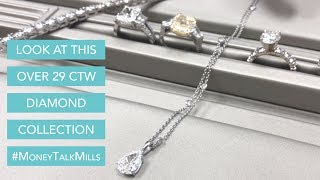