Even if you are not a football fan, it probably didn’t escape your notice that this past weekend everyone around you was obsessing over all things football. Whether you were on the edge of your seat watching every play, or were only there for the food, parties for “The Big Game” have become an American tradition. Everyone becomes obsessed with all things football even if it’s just for a weekend.

And if your are a jewelry fan you can’t wait to see the latest over the top ring created just to commemorate winning this event. Championship rings are unmistakable, usually very large, and incorporate lots of metal and sometimes hundreds of diamonds, especially those created for the winners of “The Big Game”.

What a lot of people don’t know is that Championship rings make excellent loan collateral. They are made with high quality metal, diamonds and gemstones, which give the rings value in and of themselves. There’s also a limited quantity made and a sports memorabilia factor that make them highly collectible. Depending on if it is a player or coach ring and who that ring originally belonged to adds value to the item as well.

There’s also an inherent sentimental value to the ring, you did have to be part of a championship winning team to get one after all; that’s not easy to do. This makes it an ideal candidate for an asset-based loan, once you pay off the loan you will get your ring back. If you decide to sell your ring, you will most likely will never see it again.

Below are some examples of Championship Rings from “The Big Game” and how much Diamond Banc could loan on each of them.

The Green Bay Packers clinched the fourth “Big Game” win during the 2010-2011 season and Aaron Rodgers was selected as MVP. Diamond Banc could loan up to $20,000 on this Championship Ring.

The Pittsburgh Steelers won their fifth “Big Game” at the end of the 2005-2006 season and had this beautiful ring made to commemorate the event. Diamond Banc could loan up to $15,000 on this ring.

While we don’t all have Super Bowl rings lying around, you might be curious about the value of something you own. For a free quote, fill out this online form or visit one of our locations today. 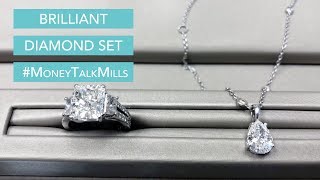 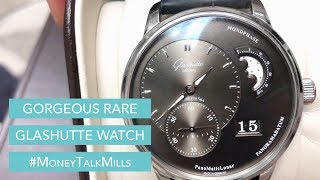 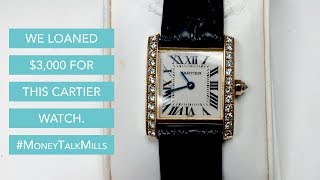